Zeroing in on the Ultimate Data Recoverability 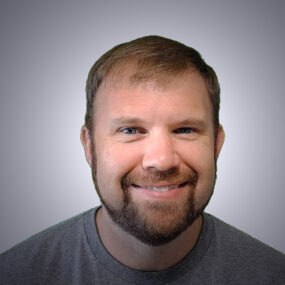 In the first installment, we learned about the 3-2-1 strategy, with an extra 1 — signifying the importance of having an air-gapped copy of your backup data. With a comprehensive roadmap of where and how to store your critical backup data, let’s not forget where we left off with the all important 0. What about the zero?

The additional zero is the most important. It signifies the backups are tested for true recoverability before going through the effort of making multiple copies, sending those copies to multiple media types, and traversing the world to different geos with those copies.

How can this be accomplished? Let’s explore some options.

For starters, testing the true recoverability of a workload isn’t exactly easy. We aren’t simply referring to a job log showing successful. When backups complete successfully, we must ensure we can recover the workload.

Let’s put a scenario on the table….

Imagine running a Windows Server Update Services (WSUS) server in your infrastructure. You have everything dialed in to push out updates and it’s humming along just fine for months on end. Let’s then consider that a new update is released a bit too soon for the general public, WSUS pushes it, and a batch of servers haven’t had an opportunity to restart for whatever reason. Your backup jobs complete successfully, but remember, this action has backed up those operating systems pre-reboot. This means, no issues have been discovered yet.

If this happened on a Monday, backup jobs continued throughout the week showing successful, and for whatever reason these machines didn’t get a reboot forced — they would run perfectly fine all week long, collecting data and serving their purpose. The weekend rolls around, you realize the reboots never occurred, so now being an off-peak time, you force the reboot and are greeted with the infamous blue screen of death.

What now? Well, you could certainly try and troubleshoot the update and roll it back; however, if you had to rely on your backups, guess what? As soon as you launch a restore, you are going to be greeted with the same thing since that backup captured its pre-reboot state, potentially losing a full week’s worth of data.

While this is a basic example, I am sure you are beginning to realize the importance of testing true recoverability by starting the server(s) from backups to ensure none of those otherwise hidden issues exist. What options do you have to facilitate this?

Testing backups is generally a time-consuming process. Often, you must decompress and rehydrate data, register this in inventory manually, and ensure the network adapters remain disconnected to avoid IP conflicts and service interruptions. Often, this is a manual process. Even those with dedicated test/dev environments have a challenge with ensuring that environment exactly mirrors production; otherwise a test might pass in test/dev but fail in production. What if there was an easier way?

Veeam SureBackup powered by Object First to the rescue!

For those who aren’t aware of this technology, here’s a quick summary:

Veeam SureBackup leverages backup data in a whole new way. Veeam has the technology to push out a Data Lab (formerly Virtual Lab), an isolated environment inside your virtual infrastructure. This area is completely quarantined and isolated from production to avoid potential IP conflicts; yet, leverages a virtual routing appliance that enables the Veeam server to communicate with VMs inside using masqueraded IP addressing. The VMs can start up using their statically set IPs to truly test their functionality (DHCP is also supported inside). You are even able to grant those VMs outside internet access if required to fully test the operability of workloads.

Starting VMs? Veeam also has technology known as Instant Recovery that enables your workloads to run directly from backup files. On legacy storage, from deduplicated and compressed backup files, this process is often painfully slow and sometimes unusable, especially with multiple servers concurrently, which is sometimes a requirement to test the applications in question.

As the BEST storage for Veeam, Object First ensures your backups remain immutable out of the box, while delivering the performance necessary to enable Veeam SureBackup to fully ensure recoverability of your critical workloads. This guarantees testing can continue — verifying pings on all NICs, ensuring VMs have a heartbeat, and even testing application-specific checks, such as verifying certain ports are listening and performing full custom script tests with simple pass/fail results. Oh, did I mention, once this process is complete, you will receive a full log of everything tested with results in case audits are important to your organization.

Another bonus — On-Demand Sandbox — allows you to leave this isolated environment up and running once tests conclude for further manual tests and patches you may want to experiment with before deploying them into production.

The rising risk of ransomware in today’s world demands rethinking your data protection strategy to ensure you are protected and ready to recover data vs. being forced to gamble with paying a ransom. Take the 3-2-1 approach to the next level by leveraging Veeam SureBackup powered by Object First. Immutability out of the box coupled with full recoverability testing complete with detailed audit-trail reporting. Now we’re talking!

Dowload whitepaper
Please leave your name and email to receive the whitepaper.
Thank you for your interest!
Please, download the white paper here.